What if you could live anywhere in the world? 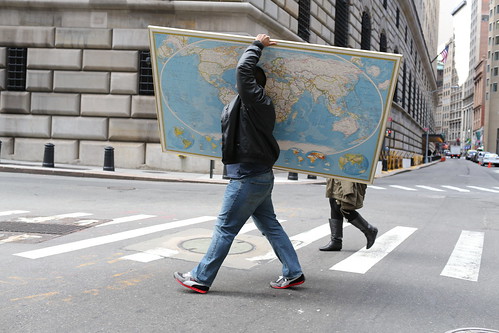 Where in the World? (photo: Timothy Krause)

When we decided to move to the Philippines I joined several expat forums. I wanted to find out as much information as I could to prepare us for the challenges we could face. There are many reasons people move to other countries. Many move to the Philippines because a spouse wants to be close to family. Others move because the cost of living is lower than where they come from.

One member from a particular forum posed this question. If you had no constraints (circumstance, family ties, finances, etc.) and you were free to pick any where in the world, where would you live?

I was half way through writing this post when Paris was attacked. It was afternoon and ‘The Chef’ was playing an online game on his tablet. A player from England typed, “France just closed its borders and it can’t be good.” I asked what that meant and he said something bad must be happening in Paris. I immediately googled ‘Paris’ and there on the screen were the words ‘Paris Attacks.’ It’s hard not to think about what’s happened when I think about the question now.

Over the years I’ve dreamt about living in a little farmhouse in the countryside of France. I could imagine myself gorging on local cheese and fresh bread and washing it all down with a bottle of red. It’s a romantic notion and I laugh at how cliché it sounds but we’re just musing, right?

When I was younger, wilder, more energetic and single the city life had everything I wanted. New York City in the 80s and its gritty East Village appealed to my anti-establishment, artist sensibilities. At the time I could picture myself in some loft splattering paint on some canvas.

I once gave serious consideration to moving to Bali, Indonesia. I love their deep culture, smiling people and beautiful landscape. But after ‘the Chef’ and I visited Palawan I fell in love with Coron. Palawan is one of the most beautiful places I’ve been to. There’s something about the easy-going nature and honesty of the people that makes me feel like my true self. In Coron I feel like life is not dictated by time, fashion or trend. It suits us well.

So, if you had your choice where would you live?

6 thoughts on “What if you could live anywhere in the world?”