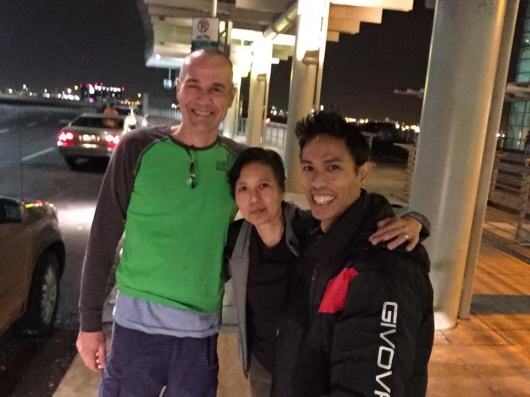 My little brother sends us off at Toronto Airport.

Two weeks ago it was -33 degree Celsius. Now it’s +33 degrees Celsius. We’re finally here. Our escape from Canada was long and drawn out. We had things laid out so it should have been smooth sailing but does anything ever go as planned? Just when we thought we could relax and await our departure we got a nasty last minute surprise which I won’t get into. Then in the final hours we frantically scrambled to balance out the weight of our two pieces of luggage. Some items we thought could make our life easier in the Philippines got tossed out. Oh, well. Surprisingly, the twenty-one hour flight on EVA Air was quite good except for the freezer like temperature of the plane’s cabin. I should have clued in when I saw dozens of passengers with thick jackets. At least they gave us blankets. 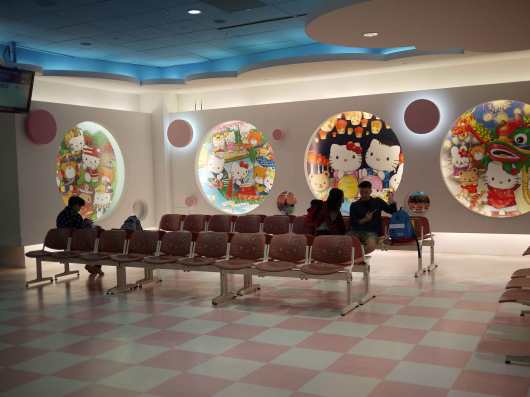 The ‘Hello Kitty’ lounge at Taipei.

After about 16 hours we landed in Taipei for a stopover. Our departure gate was the Hello Kitty lounge and plane. We were definitely in Asia. From here it was just a short hop to the intensity of Manila. As we expected the plane circled the airport for about 20 minutes. We’ve never had a flight arrive or depart on time in the Philippines. When the wheels hit the runway I was happy. We had finally arrived. The blast of heat and humidity, honking horns, pollution, horrendous traffic and general all-around chaos welcomed us back. I kept thinking to myself with a sliver of disbelief, “We’re actually here.” 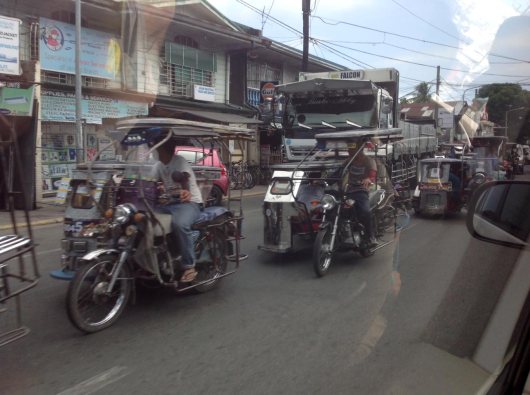 The hustle and bustle of Calamba.

The first few days in our newly adopted country were brutal. We slept for twenty hours, had bizarre dreams, foggy brains and intense jet lag. It was damn hot but we loved it. Staying with relatives on the mainland helped us ease into life here. We felt so lucky to have honest, helping hands to guide us in the beginning. Things aren’t simple here. There’s no standard way of doing things and not much organization. Even the locals have a hard time. Just figuring out how cell phone worked involved my cousin, uncle, two helpers and us. After four hours, two SIM cards, a pocket Wi-Fi and several attempts at ‘loading’ we were set and ready to go or so we thought. Things didn’t sail quite so smoothly when we got to Coron. 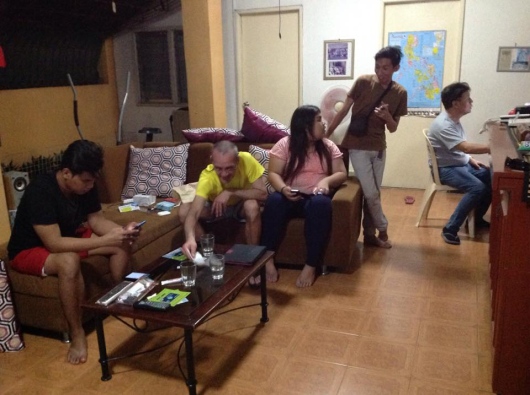 How many people does it take to figure out a cell phone?

This was the first time we were not tourists. We soaked in our environment. There’s just so much you can read but the only way to truly understand the many nuances of Filipino culture is to experience everything for yourself, both the good and the bad (and we’ve had a good amount of both). We are absolutely intoxicated by our new life and it is just beginning.

One thought on “We Finally Escape Canada”