Archive for the tag “beach”

There’s all sorts of videos out there about El Nido that range from the humdrum to the self-absorbed but there are a couple of gems that stand out. They manage to capture the spirit and expansive beauty of Palawan. Forget about the humans that grace the landscape, it’s the scenery that steals the show. Humans simply give scale and context.

I still get that ‘wow’ feeling when I think back to the time ‘the Chef’ and I were there. If you visit El Nido and open your heart and mind to the experience you just might end up feeling the same way.

That’s a tough one. Do I really have to pick? Just one? Does it really have to be just one? And who could blame them? With 7,107 islands, the Philippines has more than its share of spectacular beaches! And choosing just one is not an easy task at all. There are a lot of things to consider: the sand, the landscape, their personal experiences. Still, after a long time of bugging, pushing, and — sometimes — blackmailing begging, they were able to give an answer. Here’s a list of 30 best beaches in the Philippines as chosen by some of your favorite Pinoy travel bloggers. ~ www.philippinebeaches.org 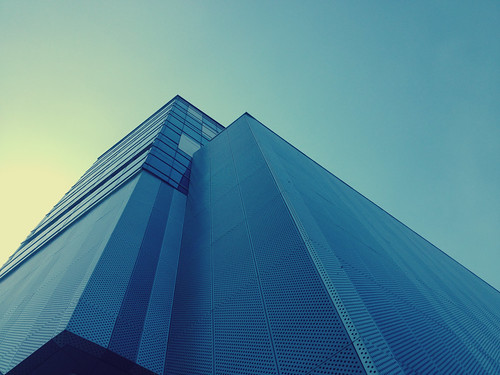 …..a few still think Filipinos all live in slums or in the jungle. WRONG.

To be honest, I asked many, many people (locals and foreigners) what they like about Manila, and over and over, I was met with head-scratching and silence. They all told me they would think about it and get back to me. I’m still waiting. You see, Manila is a city that people love to hate. ~ Surviving Manila – A Foreigner’s Guide to the City People Love To Hate

In its provincial boondocks, the Philippines has the ultimate paradox: the cool tropical town. Lower temps, however, aren’t the only things that make these towns cool. ~ 11 coolest towns in the Philippines, CNN, May 22, 2014

Like Loading...
Posted in The Land Where I Was Born and tagged beach, Manila, philippines, photographs, travel, vacation

My shoebox of photos sits under my desk. Lately, it’s been calling me. I know I’ve neglected it so I guess it’s about time to let a few of the photos out again. Back in the 90’s it was easy to detach yourself from everyday life. You could traipse half way around the world and lose yourself in adventure without distraction of the internet, e-mail or text.  END_OF_DOCUMENT_TOKEN_TO_BE_REPLACED

One of my best friends and I decided to take an epic journey through South Asia. This is what you did back then when you were young. You took a few months off to discover the world and yourself. We took this crazy bus from END_OF_DOCUMENT_TOKEN_TO_BE_REPLACED

Photos from the Shoebox: Boracay Philippines 1998

Storming in beach in Boracay, Philippines.

By the time 1998 rolled around, Boracay was no longer the sleepy fishing village European backpackers had sought out for authentic ‘native culture’ and a pristine environment.  END_OF_DOCUMENT_TOKEN_TO_BE_REPLACED