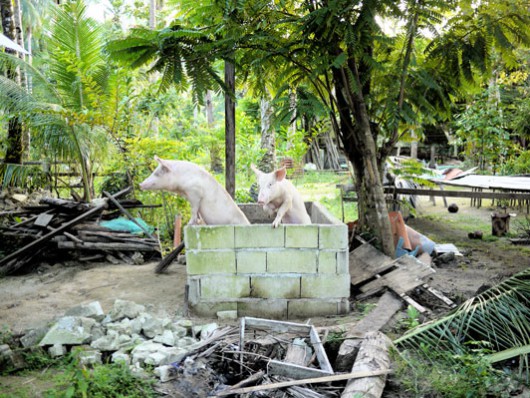 Something funny happened on the path to our future island paradise. Our dream of turquoise waters and swaying coconut trees has surprisingly given way to visions of earthworms, leafy greens and plump pigs.

Originally, we wanted to be resort owners. It only makes sense. ‘The Chef’ has been in the hospitality business for over three decades so serving guests comes naturally, but meditation and introspection over the past few months has changed the game plan. By delving deep into ourselves we brought to light ideas that had been veiled by fear, a fear of starting something completely new. 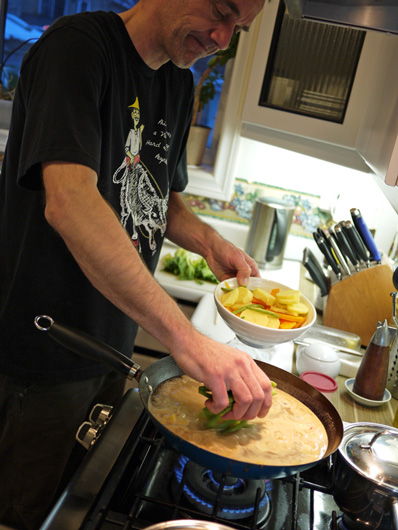 ‘The Chef’ likes to experiment

‘The Chef’ is not keen about his current job prospects. He doesn’t want to go back into a kitchen especially if it’s run by another flaky restaurant owner. He’s tired of always missing out on family events and special occasions. I’m tired of never seeing him. Will running a resort be any better? Since our idea is a very small scale development we will have to be directly involved in all aspects of running the place. Sure, it would be all ours but we will need to be available 24/7 to fulfil the whims of our guests. The idea doesn’t sound as appealing as the first time we thought about it.

Have you ever had a crazy idea? We started toying with the thought of becoming farmers. I’ve always had romantic notions of living off the land and being self-sufficient and even living off the grid. While ‘The Chef’ doesn’t quite share my extreme vision we do share a love of being outdoors and nature. We’re not afraid of working hard or getting our hands dirty. Over time our thinking evolved into the idea of running a small organic farm. 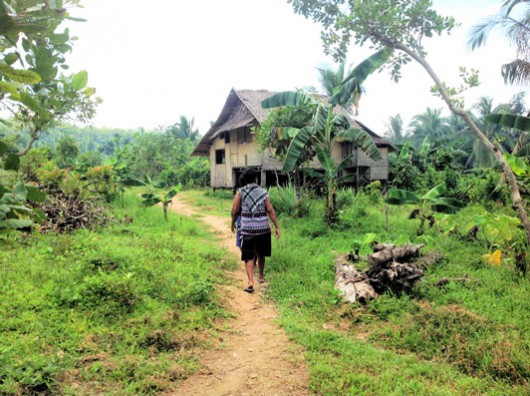 The hunt is on

The biggest obstacle we face now is finding the right piece of land at the right price. Palawan is hot and there’s a scramble to buy land. We’ll be flying to Coron again at the end of May 2015. Hopefully, we aren’t priced out of the market and we find what we’re looking for.

The future is full of hope and uncertainty. It’s both exciting and terrifying but whether we succeed or fail, don’t you think it’s better to try than to live a life full of regrets? Now is the time for us to grow.